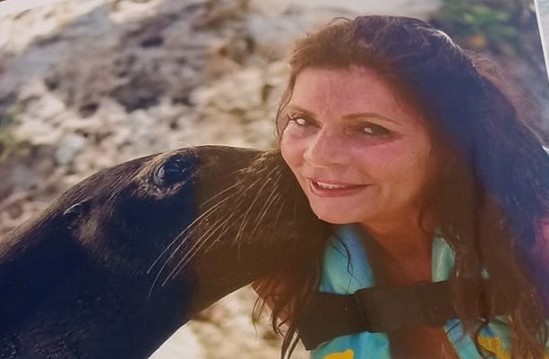 Judy was an advocate for "Real Pepsi" years before any of the talking heads became concerned about the sugar substitutes used in Diet Pepsi or any other kind of Pepsi. As a point of pride, Judy could drink a minimum of 12 cans of "Real Pepsi" per day and not gain any weight. Always Pepsi, NEVER Coca-Cola. According to Judy, Coca-Cola was the "Devil's Soda."

Judy was extremely smart. She was particularly proud of the fact that she appeared pro-se in a legal proceeding and the court required the opposing attorney to pay Judy sanctions for the attorney's bad faith actions.

Judy had two sons, Christopher Green of Fridley and Coltin Green of Fridley. She taught them to install fences, install siding, install windows, install decks, install swimming pools, to drive, to ride ATV's and Jet Skis, to love animals, and to just be thankful. She took great pride in making certain that her children had the foundation they needed to be successful adults and make a difference in the world.

Judy excelled at decorating her house and yard for Halloween, making the most fabulous bags of treats for the trick-or-treaters, finding a spot to sleep for herself on her bed in order to sleep with her four Great Danes, being self-sufficient, and fighting City Hall or any other agency or person who dared to challenge her.

Judy's signature look always saw her with her hair perfectly coifed and her make-up done to perfection. Whether wearing sweats, shorts, jeans, or a dress, she always looked amazingly put together; it made no difference if she was just hanging out at home, going to work, or going out for a night on the town. She was always a "hottie." A title she never shied away from.

Judy traveled extensively in the last few years of her life and she enjoyed every moment and new experience. Judy spent time in Mexico with her son, Coltin, the week before she passed.

Judy is preceded in death by her father, William Green, and her brother, Richard Green. Judy is survived by her children, Christopher Green and Coltin Green, her brother, Mark Green, her nephew Brandon and niece Felicia, her fur babies Scooby, Shaggy, Fred, Daphne, Sheba, Shiloh, and Sierra. Judy is also survived by many friends and co-workers.

I was fortunate enough to know Judy for 5 years. Judy was caring, witty, and a wonderful overall person. Judy and I bonded when she helped and supported me through my own bout with cancer. Judy was a sweetheart and she is missed by many, including me.

On behalf of our Sport Clips Family, we send our deepest condolences! Judy was one of a kind ! Her passion for hair and love for animals was undeniable. She made Halloween an event like no other and this holiday will never be the same! Judy will be deeply missed. May she rest in peace.

Judy has always been of those people u think of and smile!! Its been awhile since we hung out,but have some great memories!! we all dressed up as a Scooby-Doo gang and Judy was Scooby-Doo I never laughed so hard and my whole life and we used to go to the mermaid I used to piggyback ride her out to the dance floor she used to cut my kids hair and she was always there for me I will miss you my friend and I will love you always Susan

You, my friend, have made a huge impact on my life. I will treasure our friendship for always and I will miss you forever. Thank you for the many years of friendship and for always being there for me, Jordan, Matthew, Tobi and every other exchange student I brought into my home. Until we meet again. 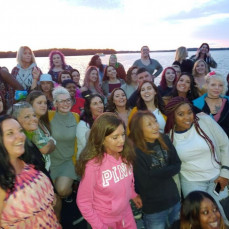 The attached photos are added to the memorial of Judith Marie Green to help share their legacy.

Thank you for sharing your memory of Judith

Can We Help You?
Hide Form
Judith Marie Green Obituary |